The EU General Court on relative grounds for refusal: the Chanel judgment 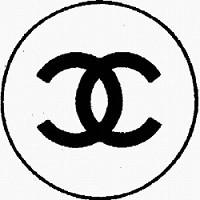 The action for annulment was brought by Chanel before the EU General Court against the decision of the Fourth Board of Appeal of EUIPO relating to opposition proceedings between Chanel and Huawei.
Background
On 26 September 2017, Huawei filed EU trademark (EUTM) application 017248642 for the following sign in class 9 (covering inter alia computer software, smartglasses, and smartwatches): 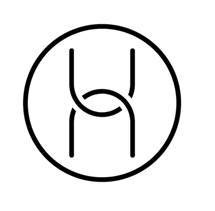 On 28 December 2017, Chanel filed a notice of opposition. The first ground was based on Article 8(1)(b) of Regulation 2017/1001 and the earlier French mark 3977077 (filed and registered in 2013), which covers many classes, including goods in class 9 (inter alia computer software, sunglasses, glasses, and chronographs [time recording apparatus]).
The second ground was based on Article 8(5) of Regulation 2017/1001 and the earlier French mark 1334490 (filed in 1985 and renewed until 2025), which also covers most of the classes, including goods in classes 3, 9, 14, 18 and 25 (inter alia perfumes, cosmetics, optical apparatus and instruments, costume jewellery, leather goods, and clothes).
The Opposition Division rejected the opposition, and Chanel appealed the decision. On 28 November 2019, the Fourth Board of Appeal dismissed the appeal. Chanel then brought the action seeking the EU General Court to annul the decision of the Fourth Board of Appeal.
The EU General Court judgment
The applicable substantive law was the previous Regulation No 207/2009, given the filing date of Huawei’s application.
First ground: Article 8(5)
Chanel argued that the Board erred, when assessing whether the marks at issue are similar, in not considering a different orientation of the sign (see below) applied by Huawei.
Thus, Chanel argued that when the sign filed by Huawei is rotated by 90 degrees, the marks are similar overall “to an average to high degree”. The company further noted that when the signs are perceived in the orientation in which they were applied for, they are merely “similar overall to an average degree, or even to an average to low degree”. Chanel asserted that it was unnecessary to carry out a conceptual comparison given that the marks neither have any meaning nor “convey any concept”.

The General Court stated that the following three cumulative conditions must be satisfied under Article 8(5) [para 18]:

(i) the marks at issue must be identical or similar;
(ii) the earlier mark cited in opposition must have a reputation; and
(iii) there must be a risk that the use without due cause of the trademark applied for would take unfair advantage of, or be detrimental to, the distinctive character or the repute of the earlier trademark.

As for the first condition, the Court stated that when assessing the identity or similarity of the mark applied for and the allegedly reputed mark–

the signs must be compared in the form in which they are protected, that is to say, as they were registered or as they appear in the application for registration. The actual or potential use of registered marks in another form is irrelevant when comparing the signs [para. 25] (emphasis added).

This is consistent with paragraph 34 of Mitrakos v EUIPO – Belasco Baquedano (YAMAS), which refers to paragraph 38 of Pico Food v OHIM — Sobieraj (MILANÓWEK CREAM FUDGE). [The latter judgement is referred to in EUIPO’s guidelines concerning the comparison of signs in opposition proceedings].
As such, the General Court assessed the similarity between the two marks without considering the 90° rotation argued by Chanel. The Court found that the marks at issue are visually different, despite sharing some characteristics (inter alia, two interlaced curves within a circle – a common geometric element).
The Court noted some visual differences. In Chanel’s mark, the two interlaced curves have a “greater thickness”, resemble the image of two letters ‘c’, form a vertical ellipse, are more rounded and are arranged horizontally. In Huawei’s mark, the image of the letter ‘h’ is discernible, the curves are arranged vertically, which form a horizontal ellipse, and the “line is interrupted in the places” where the curves cross.
The parties did not dispute the Board of Appeal’s finding regarding the impossibility of carrying out a phonetic similarity analysis, given that the marks will not be verbally expressed. The Court also found that the signs are conceptually different, since a stylized letter ‘h’, or two interlaced letters ‘u’, could be perceived in Huawei’s mark, whilst the stylized letters of the initials of Chanel’s founder (Coco Chanel) can be discerned in Chanel’s mark.
Thus, the General Court held that the marks at issue are different. Since the first condition was not satisfied, the first ground was rejected.
Second ground: Article 8(1)(b)
Chanel argued that the sign filed by Huawei should also have been refused under Article 8(1)(b). This provision provides that the registration of a sign may be refused where the holder of an earlier trademark successfully opposes on the grounds of (i) the identity or similarity of the signs at issue and the goods or services covered, and (ii) that there exists a likelihood of confusion on the part of the public (which includes the likelihood of association with the earlier trademark) in the territory in which the earlier trademark is protected.
Chanel disputed the Board of Appeal’s findings that the signs “produce a very different overall impression”. Chanel restated the claims made in connection with the first ground regarding the degrees of similarity between the marks. The company asserted that, given the impossibility of carrying out a phonetic and conceptual comparison, the signs are similar overall.

The Court ruled, as with the first ground, that it was necessary to compare the marks in the form it was registered (earlier mark) and was applied for (Huawei’s mark), “irrespective of any possible rotation in their use on the market” [para. 49].
Thus, once again, the General Court assessed the similarity between the marks without considering the 90° rotation argued by Chanel and found they are visually different, despite sharing some characteristics (inter alia two interlaced curves and a central ellipse resulting from its intersection). The Court remarked that the circle surrounding the curves in Huawei’s mark gives it “a specific arrangement and proportions which are not present” in Chanel’s mark.
As regards the phonetic and conceptual comparison, the Court stated that the considerations set out in the first ground applied here as well.
Based on the foregoing, the General Court found that the marks at issue are not similar. As a result, there was no need to examine “the other relevant factors for the global assessment of the likelihood of confusion [as they] cannot under any circumstances offset and make up for that dissimilarity”, so the second ground was also rejected.
Accordingly, the EU General Court dismissed the action brought by Chanel.
Comments
Interestingly, Huawei is currently using a similar sign to the one for which registration is sought in respect to its AI life app, which controls smart devices, including glasses. [Merpel wonders whether Chanel’s action was motivated by the possibility that the public does perceive Huawei’s mark rotated when affixed to either its eyewear (on the temples/temple tips) or watches collections]. 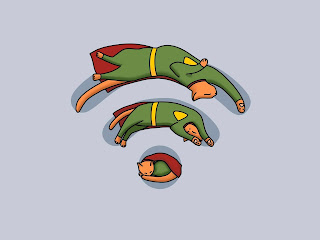 The notable takeaway of the decision is that concerning the relative grounds for refusal established in Articles 8(1)(b) and 8(5), the comparison of the signs must be carried out in the form in which they are registered and applied for, without considering any potential rotation in their use in commerce.
The Court emphasized that although in some cases, elements other than the exact graphic representation had been taken into account, such case law was not applicable in Chanel case, as they fell within the scope of different legal circumstances, namely, absolute grounds for refusal (Pi-Design and Simba Toys) or Community designs (Chanel v EUIPO – Jing Zhou and Golden Rose 999).
The Court further noted that in Volkswagen v EUIPO (MAIN AUTO WHEELS), involving the same grounds for refusal as in the Chanel case, it took into consideration the graphic representation “positioned back-to-front … [but] only for the sake of completeness”.
Chanel can appeal the General Court’s decision before the Court of Justice (but limited only to points of law).
Credits:
The images of trademarks 1334490 and 3977077 are from TMview database.
The image of the EUTM application 017248642 is from the EUIPO database. Its rotated version is from the decision of the Fourth Board of Appeal.
The last image is courtesy of Riana Harvey.

Go to Source of this post
Author Of this post: Verónica Rodríguez Arguijo
Title Of post: The EU General Court on relative grounds for refusal: the Chanel judgment
Author Link: {authorlink}

By: Top 75 Business Law Blogs and Websites on the Web – Science And Technology