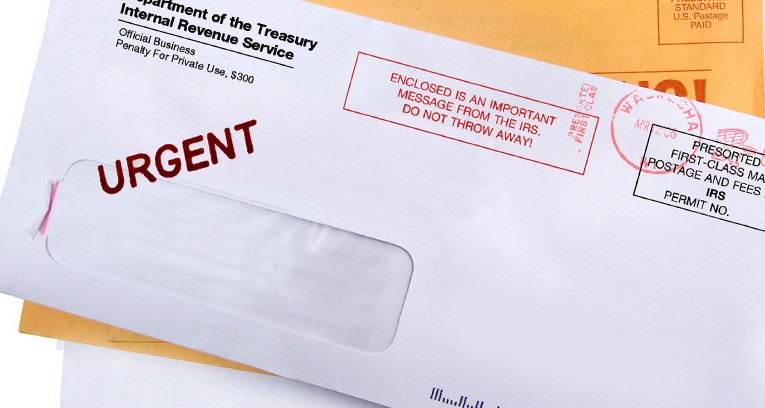 It’s no secret that COVID-19 wreaked havoc on the 2020 tax filing season. In addition to law changes and a delayed mid-summer filing deadline, previously implemented Internal Revenue Service precautions like shutting down offices are continuing to cause problems.

Those closures likely helped prevent coronavirus infections among IRS personnel, but they also produced a massive mail backlog, estimated at one point by none other than the agency’s commissioner at more than 12 million pieces of U.S. Postal Service material.

Those snail mail envelopes included tax payments. But since they weren’t opened, the IRS didn’t account for them and its automated tax-due system began issuing non-payment notices to people who had paid on time.

COVID notices and levies again causing concerns: To the IRS’ credit, when this issue came to light, it halted the notices. Then, after digging out a bit, started sending out payment notices again.

And again, some folks who paid are getting the warnings.

If the IRS has such a large backlog, the LEAST they can do is wait to send out Intent to Levy notices until they open and process responses that have already been submitted. This is insane!#TaxTwitter #FundTheIRS https://t.co/wAyjccah17

In addition to calling on the IRS to again stop sending nonpayment notices, many in the tax community also are pushing the IRS to offer widespread relief to taxpayers who, due to coronavirus complications, are facing late-filing and late-payment penalties.

Such hopes, however, were dashed last week by IRS Commissioner Chuck Rettig.

Don’t expect widespread penalty relief: “We get it that you would like to have blanket relief,” Rettig told online attendees of a Nov. 17 American Institute of CPAs (AICPA) conference. “It is not going to happen, and I think if you were sitting in my chair or Chief Counsel Mike Desmond’s chair or others’ chairs, you would be able to look at it as we do.”

“We’ve come to the conclusion that there are a series of relief procedures that you should focus on,” Rettig added.

Those include, according to the commissioner, reasonable cause and first-time penalty abatements. And those and other penalty relief requests, said Rettig, will continue to be considered case by case.

Those comments from Rettig come from this weekend’s two Saturday Shout Out articles:

I wish there was betters news. And maybe things will change when there’s a new Treasury Secretary after Jan. 20, 2021.

Until then, though, this is the tax penalty hand that we taxpayers and our tax pros have been dealt.

Future of Remote Work: the long-term potential and the role of global mobility

Are you certain you’re ready for Making Tax Digital?

An Update on the Center for Taxpayer Rights

How to turn on and use multicurrency in QuickBooks Online

How to request to be the master admin or primary contact

6 Effective Leadership Styles For Your Business