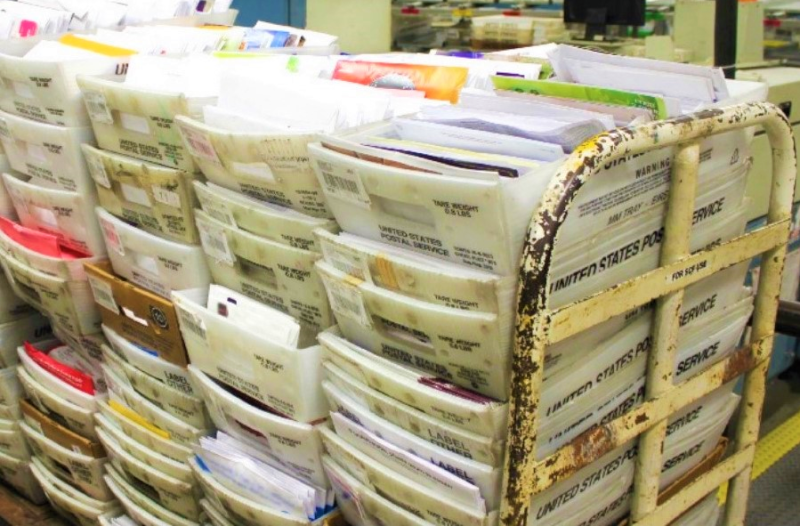 Photo via Office of the U.S. Postal Service Inspector General

One of the downsides of the Internal Revenue Service closing most of its offices earlier this year as a COVID-19 precaution was that taxpayer returns piled up. And it was a huge pile of mail, estimated at one point to be more than 12 million pieces.

Some of that snail mail stack included tax payments. But since they weren’t recorded, the compliant taxpayers still got automated tax-due notices.

To the agency’s credit, when it realized it was sending out erroneous notices demanding already delivered money, it stopped.

But now, the IRS says it’s made enough of a dent in the mail morass to account for timely mailed payments. So it’s time to get back to the collecting part of its job.

The 500 series includes three notices that are issued at varying stages of nonpayment:

These notices typically are sent to taxpayers who first received a CP14, which is the initial balance notice sent to those who owe. It’s the IRS’ nicest way of saying pay, or prove that you don’t owe. Ignoring it will shift your tax account to the 500-notice cycle.

The CP501, CP503 and CP504 notices also are this week’s featured By the Numbers figures.

Don’t ignore any IRS notices: If you owe and get any of these notices, the key is to take action. Call your tax adviser or touch base with the IRS.

If you can’t afford to pay your full tax bill, you need to at least let the IRS know that you know you owe and are trying to do something.

Pay whatever amount you can afford. Then make arrangements to pay the rest through an installment plan. My earlier post, Options to deal with tax bills that many worry they can’t pay, looks at the various alternative tax payment possibilities.

But again, the key is don’t ignore any IRS notice, especially not ones demanding payments. That’s a sure way to end up in even more tax trouble.

Future of Remote Work: the long-term potential and the role of global mobility

Are you certain you’re ready for Making Tax Digital?

An Update on the Center for Taxpayer Rights

How to turn on and use multicurrency in QuickBooks Online

How to request to be the master admin or primary contact

6 Effective Leadership Styles For Your Business