Who is paying the UK COVID19 bill? 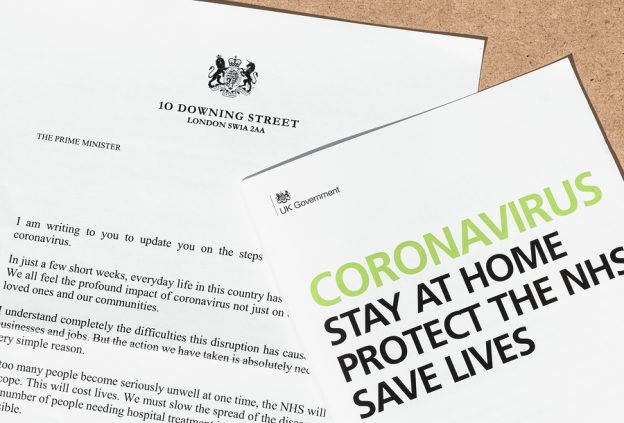 As with any serious emergency, the COVID 19 pandemic has required immediate action from the government. From erecting extra hospitals at top speed, to securing income for millions of furloughed employees, all our crucial support comes with a price tag.

How is the government planning to balance the books?

It’s important to put things into context, so the enormity of the situation can be appreciated.

We all know that the government spends money on public services and benefits, including: schools, hospitals, fire service, police, pensions, Universal Credit and social care. We pay for it through our income tax, National Insurance Contributions (NICs), VAT on goods and services we buy and on some other specific services (like airport tax).

When the incomings don’t pay for the outgoings, the country has a deficit. And so the government do what many of us do which is borrow, to make up the difference. They don’t get a credit card, as such. They borrow on the global financial markets.

Investors buy government bonds. This is a way for other governments, wealthy individuals, pension funds and companies to lend to the UK government. The bonds are basically promissory notes to be repaid in the future. The only ongoing cost is the regular interest payments. Before the corona virus pandemic, our government had very good interest rates on a debt of £55billion (last year’s deficit total).

Problems will arise when these interest rates go up to an unaffordable level, restricting how much the government can borrow without it becoming financially unviable. This borrowing limit figure is unknown.

What is the deficit now?

A stark comparison is that the total borrowing figure last year was £55billion. And in April 2020 alone, the government borrowed £62.1 billion.

That’s just one number representing one month of lockdown.

The Office for Budget Responsibility (OBR) monitors government spending and provides estimates for our future economic wellbeing. Given that we are not through the pandemic yet, an accurate total cost is impossible. The OBR estimate that the cost for the 2020-21 tax year will be £298 billion. Although reportedly leaked government documents put this at an even more frightening £337 billion.

Few of us can really imagine this number of anything.

The OBR say that he Coronavirus Job Retention Scheme, keeping millions of employees furloughed, will cost £123 billion in total.

With less people working or being furloughed, there is less overall income tax and NICs being collected. People have less money, so are shopping less, so VAT income takes a hit. And those businesses suffering with less custom, make less profit and so they also pay less corporation tax.

So, who is going to be paying the bill?

The government have the same options as every household budget: spend less and borrow more.

Unlike us, the government also has a third option: raise taxes. Increasing rates of NICs, income tax and VAT would provide instant income. These three taxes comprise half of the Treasury’s total tax revenue. But this is not without its downside. Raising taxes may have the impact of slowing economic recovery, as individuals and businesses have further reduced spending power.

There is also a political consequence for the government to consider. This completely flouts the Conservative Party Manifesto promises that led them to their last election victory. A mainstay of their campaign was that they would not raise income tax, VAT or NICs. And it was very popular to many of the electorate. The rates of these personal taxes really make a difference to people’s lives. Would trust in the government be shaken by such a huge U-turn?

None of these decisions are going to be popular and we don’t yet know which combination of the three options will be chosen by Chancellor Sunak. No one wants to see hospital staffs’ salaries frozen after everything. Lots of people cannot afford for their income tax and NICs payments to go up. We all want our economy to thrive as soon as possible. But the bill will not magically disappear when lockdown is completely lifted. That impact will continue to be felt for a good while yet.

The post Who is paying the UK COVID19 bill? appeared first on Tax Rebate Services.

How to file income tax return online for salaried employees?

What will a no-deal Brexit mean for businesses who import personal data from the EEA?

Save More Than $200 on QuickBooks Online Essentials

“So do you have any questions for us?”

Is there an app where you can journalize every little and big transactions you have in daily life? For personal use only, not professional.