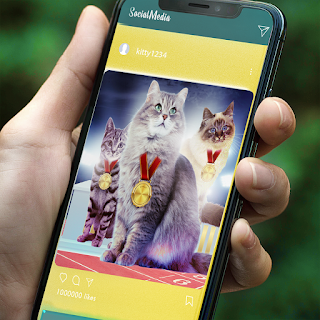 This guest post is brought to you by Simone Mallett-Forde, a former athlete, University of Guelph Political Science graduate, Brunel Law School alumni, who recently completed the LLM LPC with Distinction at BPP University. She is an aspiring solicitor with hopes to focus her career in the sport, technology, media and entertainment sectors. Here is what Simone has to say on the question of the impact of social media on ambush marketing, in context of the Tokyo 2020 Olympics, due to start on 23 July 2021:

As seen at the London 2012 Olympics, Nike tested the limits of the Olympic ambush marketing rules by launching a global campaign featuring everyday athletes competing around the world in places named ‘London’. Based on social media metrics alone, Nike’s ‘ambush marketing’ campaign was much more successful than its rival, official sportswear partner of the London 2012 Olympics, Adidas.

Drawing revenue from spectator and transfer fees, sponsorship and broadcasting rights; elite sport has significant commercial and economic value. The media recognition appeals to viewers, which improves ratings and increases advertising revenues. This in turn has transformed sports into a multi billion-pound industry with sponsorship fees measuring in the millions for events such as the Olympics, World Cup, NBA and Formula 1. These major international sporting events create an ideal platform for companies to implement their target group specific communications due to their large international reach. Consequently, companies spend millions in marketing to exploit their sponsorship rights to establish themselves as the uncontested brand in their category.

With the change to official sponsorship packages in 1984, Kodak was unable to secure a lucrative contract providing exclusive rights for the 1984 Olympic Games, instead they sponsored the broadcasts of the Games on ABC and the official film of the U.S.A. Athletics team. As this event had multi-level sponsorship packages, Kodak was able to legitimately ambush the official sponsor for the Games while legally having their brand exposed to millions across the world. More recently, during the Rio 2016 Games, companies like Uber, Apple, Puma and Under Armour strategically navigated through anti-ambush legislation to create inspirational, connective marketing campaigns.

Traditionally ambush marketing occurs via intrusion or association.  As a form of association, digital ambush marketing is a popular means to ambush using digital platforms like social media. Social media has increased exposure to electronic mediums allowing ambush marketing campaigns to increasingly target millennials. This form of marketing allows millions of viewers and consumers worldwide to ‘instantly’ see an advertisement, tweet or a picture posted.

Under English Law, there is currently no particular legislation that outlaws ambush marketing other than the specific legislation associated with the Olympic Games. Therefore, sponsors, organisers and merchandisers that wish to be associated with, market and commercialise sporting events must rely on Intellectual Property Rights and other legal remedies. While the legal remedies available to sports brands vary around the world, the typical redress comes from traditional intellectual property protection such as trade mark infringement, passing off and copyright infringement  as well as prohibited advertisements under the advertising standards agency CAP and BCAP Codes.

For any business, especially a sports brand, engagement with its customers is essential. Internet communication has transformed marketing from a one-time exchange with a customer, to a dynamic multi-channel form of communication through social media. Businesses and consumers now share the same interests of participating in business and social processes on a user-controlled platform.

In sport, consumers, who are most often fans, have a long-term association and loyalty with a particular sport. In this respect, social media can assist a brand to strategically play on that loyalty and provide themselves with a competitive advantage through continued engagement and dialogue. This flow of information on social media has become multidirectional and difficult to predict as the content, timing and frequency are not in direct control of the marketer. While not ideal for an official sponsor of a sports event, this is the perfect scenario for an ambush marketer. For example, during the Super Bowl XLVII power outage, Oreo’s social media team strategically tweeted “Power Out? No problem” “You can still dunk in the dark”, getting nearly 15,000 retweets on Twitter and more than 20,000 likes on Facebook. While Oreo was not an official sponsor of the Super Bowl, they were able to legally associate with this mega-event while not mentioning the event or infringing on any laws.

Hashtags are an aspect of social media that are generally perceived to represent freedom of speech and are most commonly used to stimulate communication, which some argue is contrary to the foundation of trade mark rights.

The one advantage mega-event owners would have over social ambushers is that their official hashtag typically incorporates a registered trade mark, like the Olympics. Since their official hashtag would usually be a variant of the event name, this allows event owners to combat social ambushing. However, ‘hashtag protection’ would only apply to the event, therefore it would still leave some official sponsors in the dark.

Increasingly, companies have incorporated hashtags into their official brand names, but there is still confusion about “how trade mark law is applied to hashtag-based trade marks on social media”. Regardless if a hashtag incorporates a trade mark within the hashtag, third parties increasingly use such tags to comment on various posts on social media. Due to this, companies can lose control of hashtags, as seen with McDonald’s #McDstories, resulting in adverse publicity. On the other hand, Nike’s investment and promotion of #makeitcount on numerous forums, marketing material and on the website resulted in the hashtag being used and registered as a trade mark in the US. Similarly, in the UK, the #freecheesefriday social media campaign was also an example of a brand successfully registering a hashtag as a trade mark.

While brands try and test the boundaries and use hashtags in a trade mark sense, businesses must ensure they are not using hashtags identical or similar to an existing trade mark, as was seen with the trade mark infringement case between ‘LNDR’ clothing brand and Nike’s #LDNR campaign.

Claire Jones argues that “a hashtag is a simple yet powerful means of stimulating interest in or reactions to an event, product or service. But while such use can promote a brand, product or service, generate sales and boost brand recognition, it does not automatically turn a brand name or advertising slogan into a registrable mark”.

The issue for sponsors is that it is completely possible “to associate with a sporting event, without using any of the rights-holder’s intellectual property”. Social media has turned every moment of a sporting event into a potential ambush marketing opportunity, allowing non-sponsors to descriptively join the conversation about the latest world record that was ‘just’ broken.

To afford legal protection, a social ambusher must ‘misrepresent’ an official relationship with a sports team or event, but as official sponsors do not shy away from making their official status known there is not much confusion to the consumer. This difficulty also follows for any misleading advertising claims. For example, The Advertising Standards Authority (ASA) dismissed a claim for misleading advertising when a well-known beer brand invited consumers to “Support English Rugby” as the ad did not imply an official sponsorship relationship with the English Rugby Team.

Ambush marketers have no limit on their creativity causing difficulty for legal enforcement. The legal battle could be lost with social ambushing, firstly, because many initiatives to protect official sponsors are simply threats with no legal recourse. Secondly, many non-sponsors are proud of their ‘unofficial’ status as seen in Newcastle Brown Ale’s ‘If We Made It’ campaign. Thirdly, if there is recourse, heavy legal action against social ambushing could backfire by drawing more attention to the unofficial campaign. Lastly, legal action takes time and usually dies away after the competition, while social ambushing is realised immediately.

Tokyo 2020 has been the longest marketed Games to date and with the change in individual consumption habits, the International Olympic Committee (IOC) realized they had to change their marketing strategy to be more people-centric and digitally led. For example, Airbnb’s new multi-year partnership with the Olympics was a cause for concern when the restrictions for international spectators was announced. However, Airbnb has focused on its virtual athlete experiences through the app rather than on accommodation.

In a statement by the President of the IOC, efforts will be made to ensure fans from around the world will be able to experience the Olympic spirit. Nevertheless, with less than 50 days until the start of the Olympics, will the shift to digital marketing cause increased tension between rights holders and ambushers on social media platforms? Or should official sponsors take on the same attitudes to target their specified audience in addition to their traditional advertising campaigns? Official or not, brands will capitalise on the global buzz around the Olympics, usually without infringing on any intellectual property rights. Arguably, “Olympic organisers and sponsor brands should also be prepared to respond to troublesome tweets or blogs quickly. Within 20 minutes for Twitter, one hour for Facebook and the same day to something posted on YouTube” to combat the challenges of protecting sponsorship rights during the Games. Therefore, in these unprecedented times, partners and sponsors alike need to get creative, and be both proactive and reactive.

Autonomous vehicles and the future of company liability

Autonomous vehicles and the future of company liability